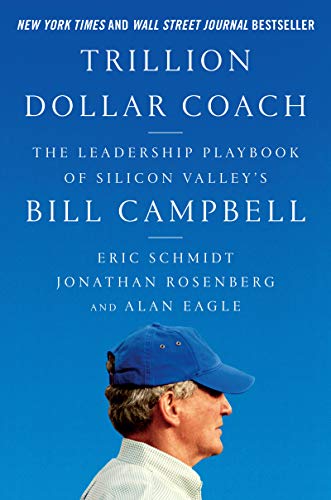 Trillion Dollar Coach will help you become a better leader in the office by sharing the life and teachings of businessman Bill Campbell who helped build multi-billion dollar companies in Silicon Valley.

In 1984, one of the most iconic Super Bowl commercials aired for Apple's first Macintosh computer. Referencing George Orwell's 1984 novel and appealing to controversies of its time, the commercial was a hit. But did you know that one of the minds behind the decision to run the ad was a former football coach? His name was Bill Campbell, and Trillion Dollar Coach: The Leadership Playbook of Silicon Valley's Bill Campbell is his story.

Executives and product team leads at Google who worked with Campbell wrote this book. It comes from over 80 interviews with the many others that he influenced before his death in 2016.

After Campbell's first football coaching job was a failure, he chose to enter the business world. After working at Kodak, Apple, and others, he turned to coaching these behemoth companies that we all know today. Coach Campbell had a big impact on some of their early decisions. Many of these were choices that helped them progress to become trillion-dollar companies.

"This is the power of coaching in general: the ability to offer a different perspective, one unaffected by being 'in the game."