Tribal Leadership explains the various ways people function within organizations, teaching us how to lead change and improve our organization's company culture for the better. 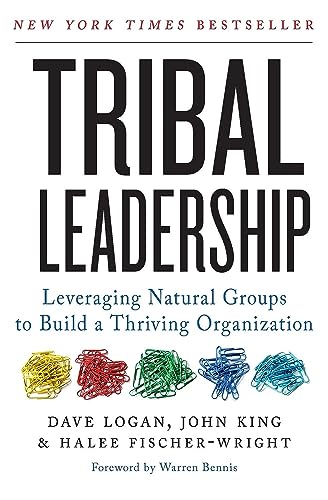 According to a famous quote, we're 'the average of the five people we spend the most time with.' Others may say we're 'a product of our environment.' These may be valid observations, but Tribal Leadership focuses on the reverse idea: a change of an individual also affects their environment.

The climate of a company is also known as organizational culture. According to author Dave Logan, culture is the most important determinant of a business's success. Every company consists of tribes, which are the most basic social units in which humans evolved to function. Tribes operate on one of the five stages of tribal society: Alienated, Separated, Personal domination, Stable partnership, and Team.

Stages 1 and 2, Alienated and Separated, are hostile and apathetic, yet ineffective. Stage 3, Personal Domination, emerges when individuals begin to care for improvement on a personal level. Stage 4, Stable Partnership, is optimal for businesses, thanks to the habit of collaboration that arises. In Stage 5, Team, people abandon the idea of competition and instead focus on the collective mission that drives their purpose.

Tribal leadership focuses on two things, and only two things: the words people use, and the type of relationships they form.