This essential account of American transgender history is an indispensable introduction to one of the most significant social and political movements of our time. 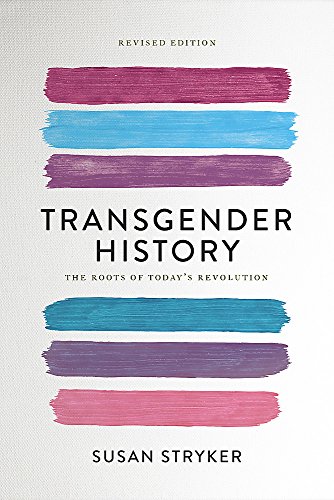 Transgender issues are at the forefront of contemporary social and political debates, often used as a lightning rod over culture wars between conservatives and progressives. But many people aren't aware of the long history of transgenderism, and the ongoing struggles trans people face; struggles increasingly considered to be the civil rights issues of our time.

Transgender History provides a chronological overview of the key moments, movements, and figures that have fought for trans rights in a world hostile to deviations from normative categories. Susan Stryker is a lesbian trans woman, professor, theorist, and filmmaker whose scholarly work focuses on gender, queer history, and culture.

Stryker assembles an expansive portrait of trans identity and issues through a progressive feminist lens. She covers post-World War II transvestism and transsexualism, the radical movements of the 1960s and 1970s, through the identity politics of the 1980s and 1990s, and into contemporary transgenderism.

Transgender issues have been presented as personal issues, rather than being seen in a wider social context.