Through The Language Glass explains how the language you speak fundamentally alters your reality and how nature, culture and language have all been intertwined all throughout history. 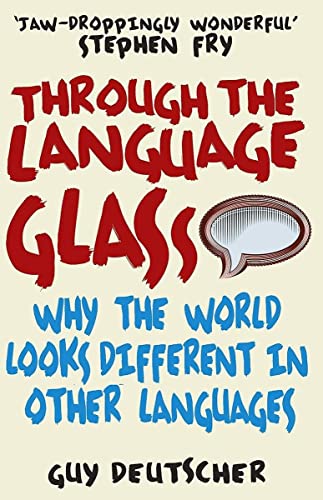 Guy Deutscher is an Israeli linguist who's dedicating his life to the critical investigation of the origins of human language. There are two main camps in language theory: the nativists, who argue that language evolved mainly due to our anatomy changing (for example our eyes getting better at recognizing colors), and the culturalists, who believe language is a reflection of societal circumstances.

Prior to Deutscher's book, your opinion way have been a matter of choosing sides. Now, however, there's a third option: that both are right and that we need a new theory altogether. After researching the work of many great linguists before him, Guy Deutscher arrived at some interesting conclusions about how language really shapes our perception of the world.

Within two or three generations, at least half the world's six thousand or so languages will have disappeared.