Filmed inside a maximum-security U.S. state prison, this 2017 feature-length documentary follows civilians and convicts as they participate in a group therapy program. 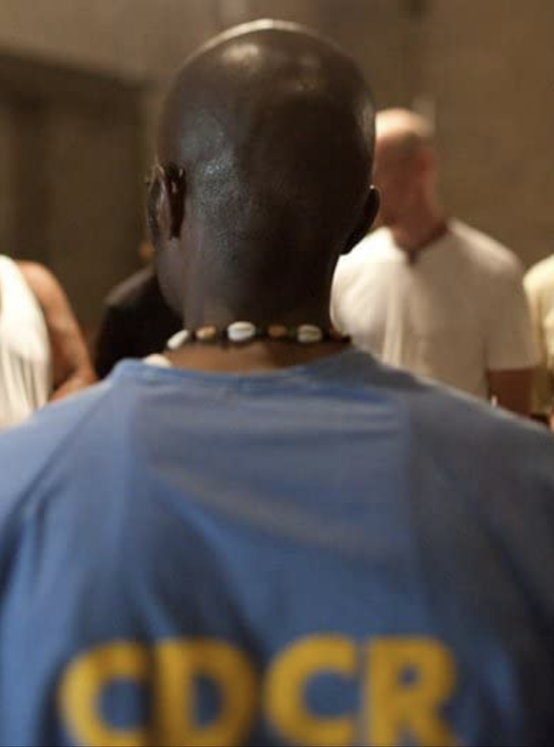 Would you volunteer to undergo four consecutive days of intensive group therapy inside a prison, with a group that includes dozens of high-security inmates? Twice a year, that is what groups of male civilians agree to do, attending the male California State Prison to participate in rehabilitative organization Inside Circle's prison program.

Following the therapeutic journey of a select number of civilians and convicts, The Work is an award-winning fly-on-the-wall documentary. Co-directors Gethin Aldous and Jairus McLeary were given intimate access to the program. They edited 300 hours of footage to create a feature-length documentary that primarily takes place in a single room inside the prison's chapel.

Our guys, in prison, we're gonna come in here and we're gonna be authentic. We're not gonna be who we are out there in the yard. I ask that of you guys, too. You know who you are out there on the streets. Be more than that … For four days, let's be what we could be.