The Wisdom of Life Summary 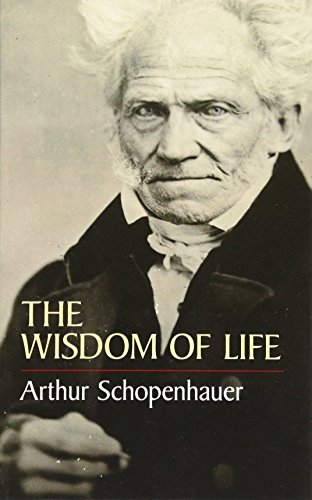 The Wisdom Of Life is an essay from Arthur Schopenhauer's last published work, which breaks down happiness into three parts and explains how we can achieve it.

While most of his quotes are just as pithy, Arthur Schopenhauer was also known to be a rather pessimistic and gloomy fellow, albeit one with an excellent sense of humor. Having lived from 1788 to 1860, this German philosopher is most famous for coining and explaining 'the Will-to-Life,' which is our survival instinct, and then relating how it keeps us from achieving peace and calm.

Without formulating it as biologically as Richard Dawkins did in The Selfish Gene, Schopenhauer philosophized that our desire to have children is what drives most of our behavior. Since it distracts us from employing our intellect, has us chasing silly status symbols, and makes us attract many people of the opposite sex, most of which are terrible long-term partners, the philosopher saw it as a sort of necessary but evil force.

Schopenhauer felt that our drive to have children had to be kept in check, for example by studying art and philosophy, the latter of which he provided plenty of. The Wisdom Of Life is one of two essays from his last work, Parerga und Paralipomena, published in 1851, and establishes a simple model of happiness.

"A high degree of intellect tends to make a man unsocial"