The Voice of Hope Summary 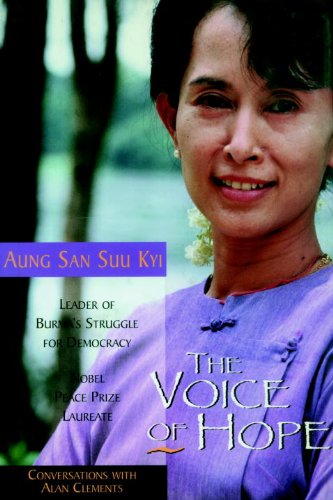 In The Voice of Hope, journalist Alan Clements conducts an eye-opening interview with one of the world's most prominent and complex freedom fighters, Aung San Suu Kyi.

Aung San Suu Kyi has become a world-renowned icon for bringing to light the totalitarian regime leading her native home of Myanmar. Rising to become one of the most prominent voices of democracy and human rights, the politician earned the Nobel Peace Prize in 1991.

Imprisoned by the military government, Aung San Suu Kyi embodied the quiet strength and peaceful understanding that sustained hope for a better future. During the 2010s, she would eventually help Myanmar transition from a totalitarian regime to a partial democracy. In 2017 she became State Counsellor, though has since faced a great deal of criticism for her position on the Rohingya crisis and her prosecution of journalists and activists.

Alan Clements is a longtime investigative journalist and one of the first Westerners to become a Buddhist monk in Myanmar. In this book, Clements conducts a heartfelt interview with Aung San Suu Kyi shortly after she was released from her first house arrest in July 1995. Speaking to a world beyond Myanmar, The Voice of Hope is an inspiring call to embrace our humanity and avoid the mistakes of the past.

"It takes courage to feel the truth, to feel one's conscience. Because once you do you must engage your fundamental purpose for being alive."