Historian Gareth Russell examines the experiences and perspectives of passengers and crew members of the RMS Titanic, revealing the human errors and unfortunate setbacks that sealed its infamous fate. 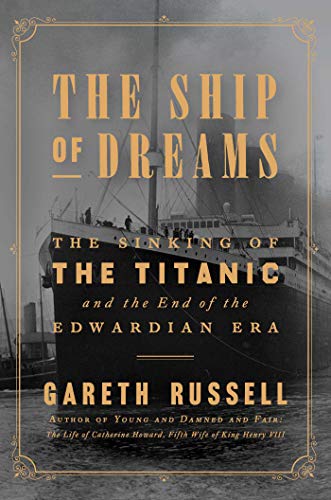 The RMS Titanic's tragic end has been represented in popular media since its sinking in 1912. Famous for attracting wealthy elites from both sides of the Atlantic Ocean, the ship's first-class cabins hosted a variety of notable guests, from a member of British nobility to the wealthiest man in America.

Although lives were lost from all passenger classes, more of the Titanic's third class perished than from first and second combined. Gareth Russell, a historian and biographer native to Belfast, explores the failures in preparation and ship design that are embedded in the Titanic's history and its maiden voyage. The Ship of Dreams uncovers the class issues lurking beneath the Titanic's brilliant legacy while revealing how overconfidence and ego led to the most famous ship sinking in modern history.

The Titanic remains a story from which we can extract lessons on hubris, folly, greed, love, class, magnificent courage, and pitiable weakness.