This insightful book examines cultural assumptions about sex and gender, opening up challenging questions about what societal norms and myths around sex require reconsideration. 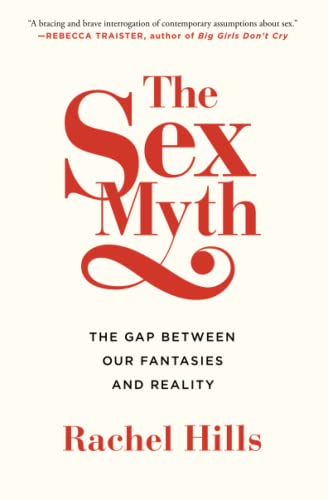 Fifty years on from the sexual revolution, we're told we live in the era of unprecedented sexual liberation, where all practices and identities are broadly accepted, and represented in the media. Now, we're fed two competing narratives: that our individual attitude toward sex informs who we are, and that sexuality is over-determined – but is this true?

To answer this question, journalist and feminist Rachel Hills spent seven years researching and interviewing a diverse group of millennial women, men, trans, and queer subjects, resulting in a broad analysis of sexual attitudes across racial, class, and gender divides in the West. Hills' work has been published in The Atlantic, The New Republic, and Vogue.

In The Sex Myth, Hills argues that a new sexual mandate has taken hold, whether we're straight or gay, liberal or conservative, where we over-invest in sexuality as the defining marker of our identity.

The Sex Myth feeds upon two mutually reinforcing ideas: that our 'true' sexual appetites are being suppressed by an external force, and that we will find the truth of who we are, both as a species and as individuals, through unrestricted sexual expression.