The Radium Girls were a motley crew of exploited workers whose refusal to be silenced changed the course of American history and fueled the fight for workers' rights. 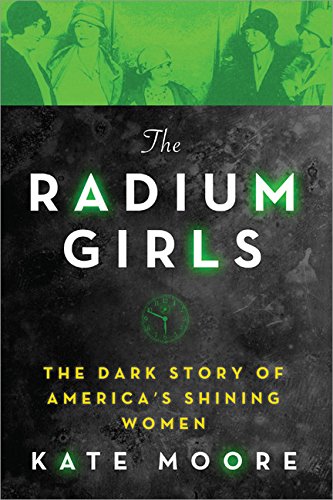 In the early 20th century, radium was a scarce and mysterious resource. Its luminescent glow seemed to capture the optimism and promise of the dawning century. Some were convinced that radium was foretold in the Bible.

The Radium Girls were poor — many were immigrants. Yet, their proximity to radium, the wonder element, made them feel special. In Radium Girls, narrative fiction writer Kate Moore tells the dreadful story of the female factory workers who contracted radiation poisoning in the 1920s.

Businesses across the country knowingly subjected young women to dangerous working conditions. Today, this appalling story of women being exploited and exposed to chemicals and unsafe work conditions still rings true — especially in developing countries. The businesses usually never apologize. The women usually never triumph. The Radium Girls leave a modest legacy, but society does benefit from robust knowledge of the dangers of radium and better worker protections.

I have been under constant attack for my efforts to protect the public and to secure some compensation for disabled, death-facing girls. Manufacturers of radium have been particularly active and insulting in their efforts to discredit me.