Through interviews with successful queer people, writer and stylist Andrew Gelwicks explores how the LGBTQ+ experience can cultivate tools for a fruitful life. 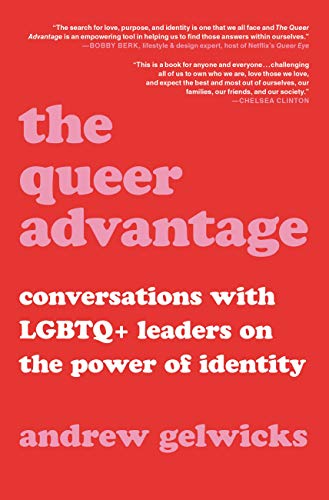 If you are a member of the LGBTQ+ community, you'll know that struggle and strife are often a part of the package. But what about the positive consequences? Does navigating societies as a sexual minority nurture positive attributes that may not have emerged otherwise?

A successful writer and fashion stylist, Andrew Gelwicks became increasingly distressed by his queer identity during high school, until his perspective began to change. As his career took off, Gelwicks identified links between his personal struggles and the skill set he brought to work, which led to the genesis of this book.

The Queer Advantage shifts the common narrative of LGBTQ+ suffering by elevating the positive outcomes of the experience, using real-life examples. From gay pop star Troye Sivan to trans triathlete Chris Mosier, each featured figure interviewed by Gelwicks sheds light on the silver lining of struggle.

Queer people know well life's jagged course. The individuals here have revealed to us their idiosyncratic responses in learning how first to adapt, and then to thrive, in a world where being deemed less than is often our lot.