The Power of Habit helps us to understand why habits are at the core of everything we do, how we can change them, and the impact they have on our lives, work, and society. 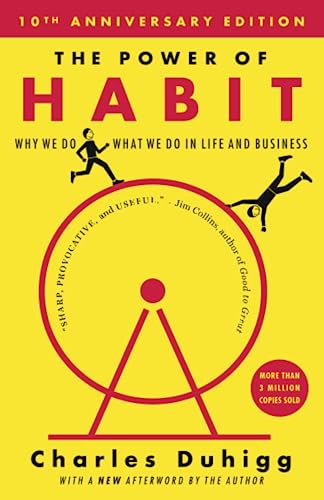 Whether it's smoking, eating chocolate, or wishing we exercised more, we all have habits we wish we could embrace, and some we'd rather leave behind. The key to taking control of our habits is understanding how they work, and The Power of Habit can help us to do just that. Published in 2012 by Pulitzer-prize winning author Charles Duhigg, this self-help classic has spent over 120 weeks on the various New York Times bestseller lists.

The book was sparked by Duhigg's fascination with a certain U.S. army major in Kufa, Iraq, who would nip riots in the bud by persuading the small town's mayor to keep food vendors away from large gatherings. When people couldn't fuel their anger and energy with food, as they usually did, they just left. Tons of research and eight years later, Charles Duhigg published the go-to book about habits.

The difference between who you are and who you want to be is what you do.