New York Times correspondent Steven Lee Myers brings a comprehensive account of Vladimir Putin's rise to power, from his impoverished upbringing, through his shadowy years in intelligence, to the vice-like fist he has formed around Russia. 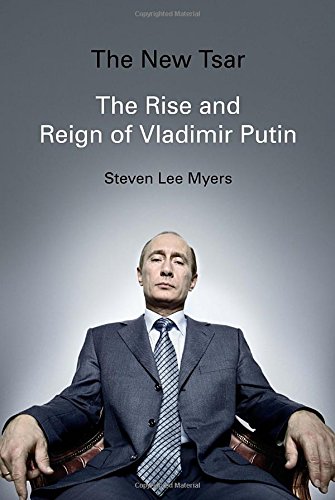 Under various titles and guises, Vladimir Putin has held control over Russia for more than two decades. Despite growing resistance, his grasp on the country is looking ever more difficult to break.

Steven Lee Myers is a journalist for the New York Times who contributed to articles that won the Pulitzer Prize for Public Service. With a career focused on international affairs, Myers sought to finally tell the full story of Putin's rise to power in The New Tsar.

From his upbringing to his rise through the ranks of the KGB and later shift into politics, Myers explores Putin's life and how he has kept the opposition at bay.

Putin's ascension to the pinnacle of power was so rapid, so unexpected, so astounding, that a prominent Russian historian described it in otherworldly terms, as the act of a higher power bestowed on a battered, grateful nation.