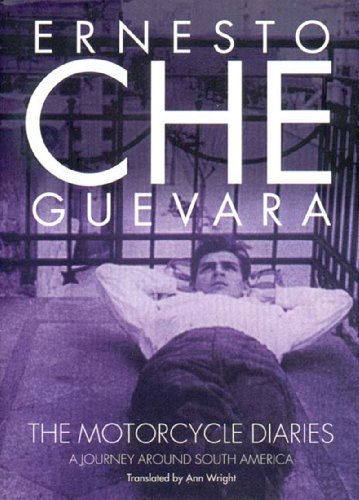 This is Ernesto 'Che' Guevara's pivotal memoir of his trip across Latin America. His experiences with indigenous people inspired his illustrious career as a guerrilla revolutionary and Minister of Industries in Cuba.

In December, 1951, a young medical student and a biochemist set out from Buenos Aires, Argentina on motorcycle for Caracas, Venezuela. On their 14,000km journey, they witnessed atrocities and human suffering that inspired the med student - Ernesto Guevara - to become the controversial revolutionary known as El Che.

Originally from Argentina, Che was a political leader, revolutionary, physician, and guerrilla soldier that led socialist military campaigns in Cuba, the Congo, and Bolivia. He was second in command and widely considered the driving figure of Fidel Castro's Cuban revolution that formed their current socialist government.

The Motorcycle Diaries are Che's memoir and the inspiration for his famed political career. They document his travels from Buenos Aires, Argentina through Miami with his friend Alberto Granado. The impoverished living conditions of the various indigenous peoples of Latin America and remnant colonial oppression haunted their penniless adventure, and pleaded for revolutionary action from its witnesses.

"The future belongs to the people, and gradually - or in one strike - they will take power."