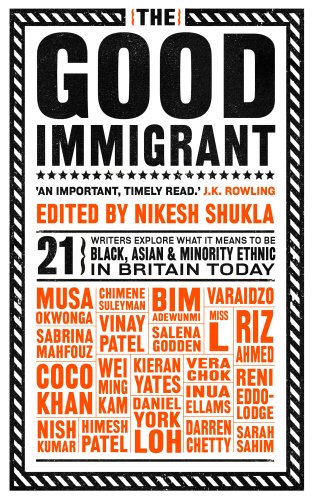 This eye opening essay anthology highlights, through the voices of 21 different writers, the unseen and unspoken stories of being a person of color in the UK.

As a British writer of Indian descent, Nikesh Shukla was tired of people of colour repeatedly having to justify their well-earned place in society. It was this frustration that gave rise to The Good Immigrant.

In this anthology, Shukla, a novelist, author, and screenwriter, brings together the stories of twenty people of colour working in UK media. The essays cover themes of misrepresentation, microaggression, rejection, alienation, anger, and humor - all part of the immigrant story. Through raw and honest reports of their personal experiences with racism, the authors undermine common stereotypes while decentering the white narrative too often treated as default in the media.

"To be an immigrant, good or bad, is about straddling two homes, whilst knowing you don't really belong to either."