This book details Elizabeth Blackwell's life and journey to becoming the first woman to receive a medical degree in the United States. 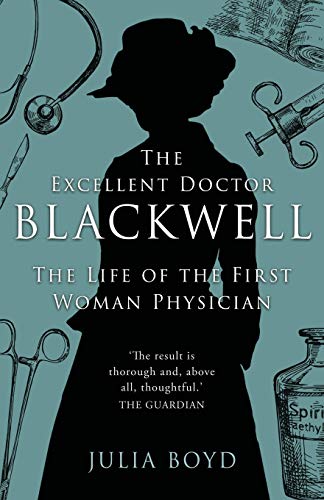 In a career that spanned the Atlantic, Blackwell broke several barriers in earning her medical degree and establishing her own medical practice as the first female doctor in the United States. But as a devout Christian who held conservative beliefs, like an opposition to surgery, the life of this medical trailblazer was one full of contradiction.

Julia Boyd is a researcher and author who has published several historical books and has worked at the Victoria and Albert Museum in London. In The Excellent Doctor Blackwell, Boyd gives an objective biography of Elizabeth Blackwell, highlighting her historic achievements and work on social reform, as well as some of the more frustrating social and medical positions that complicate her legacy.

I have not the slightest hesitation on the subject; the thorough study of medicine, I am quite resolved to go through with. The horrors and disgusts I have no doubt of vanquishing.