Political and economic historian Nicholas Mulder digs into the 20th-century beginnings of economic sanctions as a tool of international anti-war efforts. 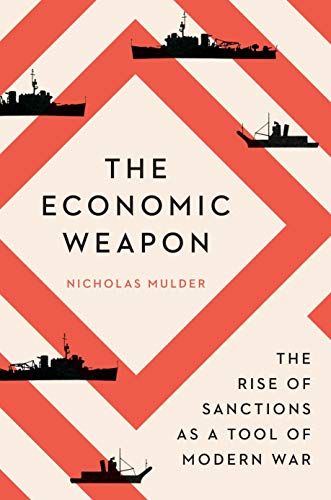 In 1919, U.S. President Woodrow Wilson claimed that economic sanctions were a greater tool than war in persuading nations to uphold peace. Wilson argued that the isolation caused by sanctions and the absence of life lost made them a powerful weapon in the modern world. To this day, economic sanctions remain on the table, but what they actually achieve is often forgotten in favor of their peaceful aims.

Nicholas Mulder is an assistant professor of European and international history at Cornell University. The Economic Weapon draws on Mulder's research on economic sanctions and examines their origins, influence, and the complicated role they play in international history.

Sanctions would no doubt work better in a world of perfectly rational, consistently self-interested subjects, but this is not the world that we actually inhabit.