The Daughters of Kobani is the remarkable true story of how an all-female militia fought against ISIS in the Kurdish-majority town of Kobani. 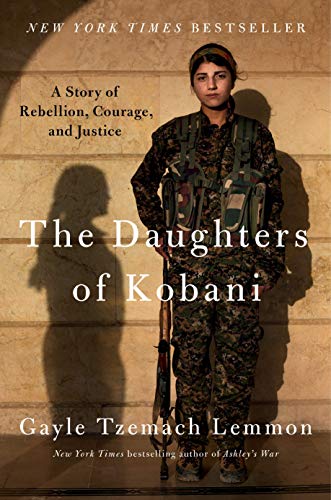 Prolonged armed conflicts usually predict a turn for the worse when it comes to human rights and gender equality. The Syrian Civil War has been ongoing since 2011, with over half a million casualties. Kobani is a Kurdish-majority town in northern Syria, home to an extraordinary all-female militia.

Gayle Tzemach Lemmon is an American journalist and adjunct senior fellow at the Council of Foreign Relations. She has reported on the conflicts in Afghanistan and Syria for CNN, Foreign Affairs, and The New York Times, focusing on entrepreneurship in conflict zones, as well as child marriages and women in the military.

This book is the result of three years of research and on-the-ground reporting. Tzemach Lemmon visited Syria seven times between 2017 and 2020 and recorded over 100 hours of interviews in order to tell the world the true story of the brave Kurdish women fighters who took on ISIS.

The 5,000-year-old history of civilization is essentially the history of the enslavement of woman. Consequently, woman's freedom will only be achieved by waging a struggle against the foundations of this ruling system.