This biography of controversial venture capitalist Peter Thiel traces his trajectory from childhood to his life as a power broker whose influence stretches from Silicon Valley to the world of media and politics. 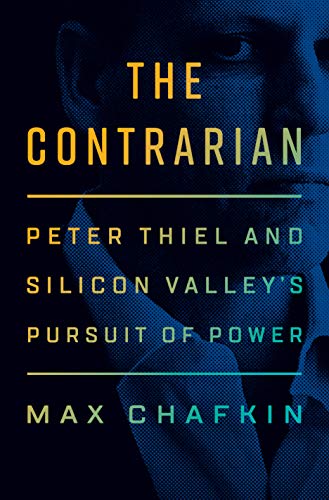 As founder of PayPal and Palantir and an initial investor in Facebook, Peter Thiel's name has become both infamous and synonymous with power. Known for his destruction of Gawker Media and support of Donald Trump – a rare position in the liberal world of tech – Thiel is a complex and Machiavellian figure who inspires awe and fear.

A features editor and tech reporter at Bloomberg Businessweek, journalist Max Chafkin's work has been published in The New York Times and Vanity Fair. In this first major biography, Chafkin tracks Thiel from his origins as a child of German emigrés and a chess prodigy to his years as an aloof but brilliant student at Stanford University, where his conservative politics were forged.

With forensic detail and rigorously researched reportage, The Contrarian not only investigates Thiel's divisive career, but what it reveals about the history of Silicon Valley.

Thiel's life has been full of important relationships, but few that seem to transcend money or power. Contrary to his own advice, he has built a world in which success, as he defines it, depends on a willingness—or really, a need—to shed ties and go it alone.