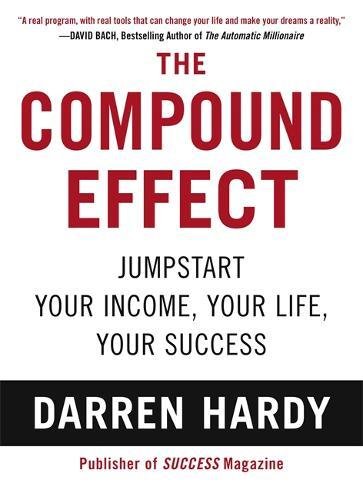 The Compound Effect shows us why big, abrupt changes rarely work, and how we can change our life over time with small, daily steps, and the courage to break through our limits when we reach them.

Have you heard of the tale of the tortoise and the hare? Darren Hardy is a tortoise. Starting his first entrepreneurial venture at age 18 with no experience, and no connections, he eventually found himself in the self-improvement industry, working with one of its leaders, Jim Rohn.

In 2007, Hardy took over Success magazine and grew it into a monthly publication reaching over 500,000 people. After almost 10 years of heading the magazine, Hardy's moved on, but he still credits 99% of his success to hard work.

But hard work, like few other things, compounds. In The Compound Effect, Hardy explains how, instead of making big bets and dramatic changes, he turned his goals into daily habits he could follow – and then waited for the compounding effect to kick in.

"You will never change your life until you change the habits you do daily. The secret of your success is found in your daily routine."