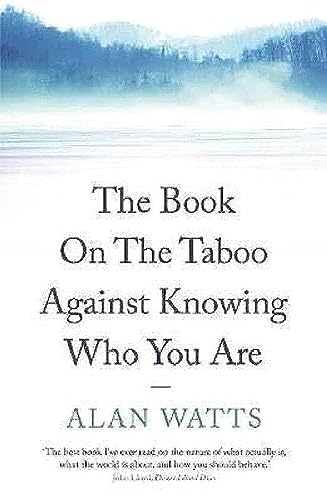 The Book is a spiritual exploration of true human nature and our place in the universe that challenges widespread but often misled beliefs.

The Book's subtitle is 'On The Taboo Against Knowing Who You Are.' It verbalizes Alan Watts's meditations on the nature of humanity, our place in the universe and the spiritual aspect of human life.

Virtually every culture has its own taboos. In Japan, for instance, it was for centuries customary not to mention sex in conversations. On the day of marriage, newlywed couples received so-called 'pillow books,' which explained sexual matters. This gave the opportunity for people to avoid having a conversation about the embarrassing topic.

Back in 1966, when The Book was first published, Watts already noticed that there were fewer and fewer taboos left in Western culture. But one that remained – and probably remains until today – is the discussion around the true identity of human beings. Watts wrote The Book to unpack this taboo and to share a perspective profoundly different from the one we usually adopt through traditional upbringing and education. His core message points to unity and connectivity as the inherent qualities of all life.

"Irrevocable commitment to any religion is not only intellectual suicide; it is positive unfaith because it closes the mind to any new vision of the world. Faith is, above all, openness - an act of trust in the unknown."