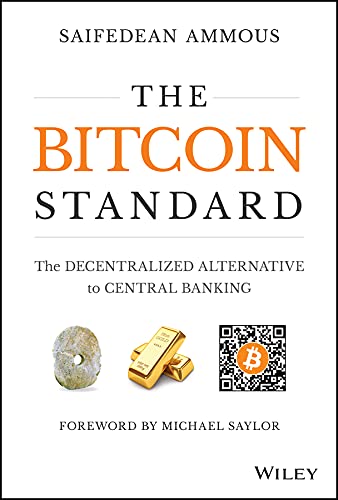 In The Bitcoin Standard, Professor of Economics Saifedean Ammous analyzes the historical context that enabled the rise of bitcoin, and the age-old economic and political problems it purports to solve.

In 2008, a pseudonymous programmer emailed their mailing list one morning to announce the invention of a brand new electronic cash system: Bitcoin. At the time, few people took notice. In itself, Bitcoin didn't sound too impressive a feat; determined programmers had tried many times before to set up a reliable digital currency. What no one saw coming was that, unlike its predecessors, this concept actually worked.

For centuries, our monetary system has relied on either gold or paper money. But the global economy has been repeatedly subjected to boom and bust cycles caused by unsound money and the resulting government interference in the markets. In the wake of the 2008 financial crisis, many demanded a 'sound' currency that would retain its value and remain in full control of its owner, regardless of what governments do to give their country's economy an extra boost.

In the last few years, Bitcoin has stood out among the field of digital economic innovations. As a form of cryptocurrency, Bitcoin is very much the product of our digital age - but the fiscal problems it claims to fix are as old as money itself.

"Bitcoin's gives us, the crowd, an insurance policy against an Orwellian future."