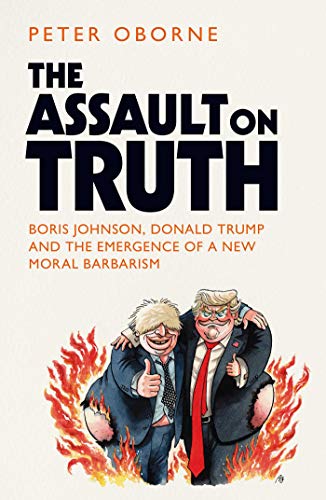 Brexit, the 2016 U.S. presidential election, the government response to COVID-19; many of the most recent Western political events of the 21st century have been made worse by the havoc wrought by a deceitful group of self-serving politicians.

The Assault on Truth follows the tactics of the two most destructive Western leaders of recent years, Boris Johnson and Donald Trump.

British journalist Peter Oborne was a colleague of Johnson at The Spectator magazine in the early 2000s and recognized his remarkable propensity for deceit and misdirection. Watching Johnson's rise to power with horror, Oborne is uniquely placed to comment on the man who best represents the current political instinct toward misleading the public.

Oborne explores how the behavior of the political class – tearing everything down to secure popularity – is attacking traditional values and institutions.

Political lying is a form of theft. It takes away people's democratic rights. Voters cannot make fair judgements on the basis of falsehoods. Truth has been taken out of the public domain.