In The Assassination of Fred Hampton, writer and former attorney Jeffrey Haas investigates the murder of Fred Hampton, one of the Black Panther party's leading figures, and unravels the underbelly of a system that tried to silence Black voices and their advocates for centuries. 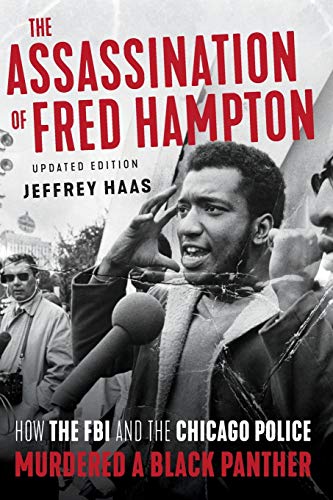 Fred Hampton was born in December 1948 in Summit, Illinois. The soon-to-be Black Panther leader always performed well in school, and was recognized by his teachers as a gifted writer and speaker and a promising athlete. After brilliant high school years, he integrated Triton Junior College and majored in pre-law, a path he chose to better defend himself and the Black Panthers against police violence.

In 1969, at the age of 21, he was brutally murdered in his bed by a raid of police officers attacking the headquarters of the Black Panthers party. His death was an awakening amid a daily flow of police brutality whose perpetrators rarely faced consequences. In this book, former attorney Jeffrey Haas unravels the underbelly of a seedy system that tried to cover up a murder committed by the Federal Bureau of Investigation.

After representing the Black Panthers, SDS and many other political activists, Haas devoted his life to defending victims of police brutality and other faults of the American justice system. This book is an attempt to capture and share the importance of Fred Hampton's life and work for the advancements of Black rights. It's also a necessary stepping stone to facing the reality of police brutality and holding them accountable for their crimes so we can walk towards a better, more peaceful political future.

You have to understand that people have to pay a price for peace. If you dare to struggle, you dare to win.