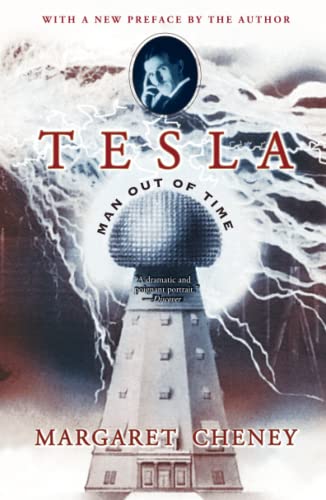 In Tesla, Margaret Cheney paints a vivid picture of the curious life and personality of Nikola Tesla and how his incredible inventions shaped our world.

Nikola Tesla was a visionary, one of the greatest inventors in the history of humankind, and the man who brought forth much of the technology that makes today's way of life possible. Encapsulating and presenting his life story, as unusual and mysterious as it is, makes for an arduous task that few biographers dare to tackle.

In American biographer Margaret Cheney's 1981 book 'Tesla: Man Out of Time', she brings us closer to the world of the great inventor with insights into the state of affairs during the late 19th and early 20th centuries.

Cheney colorfully describes Tesla's eccentric personality, his revolutionary ideas, the effort it took to bring them to life, and the many ups and downs he faced along the way.

Download Uptime to get the key insights and actions from Tesla

"I do not think there is any thrill that can go through the human heart like that felt by the inventor as he sees some creation of the brain unfolding to success. Such emotions make a man forget food, sleep, friends, love, everything."