TED Talks is an instruction manual to become a great public speaker and deliver talks that are unforgettable, based on over 15 years' worth of experience of the head of TED, the most popular speaking platform in the world. 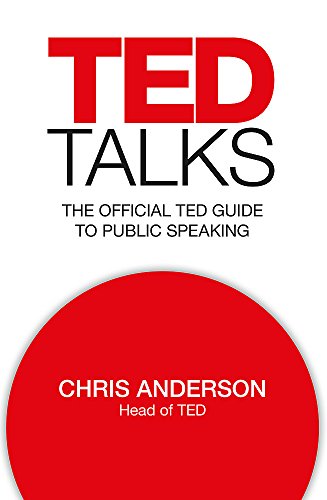 Chris Anderson's entrepreneurial journey began when he built Imagine Media and a website called IGN. At its peak, his company employed over 2,000 people. But then, it all went downhill.

For about 18 months, Chris saw his bank account decline by about $1 million a day. Having founded a private non-profit organization a few years before, Chris decided to go all in – and bought the existing TED conference in 2001, leaving his prior company to take care of it full time.

The abbreviation stands for Technology, Entertainment, and Design, and the conference is held annually in Vancouver, Canada. TEDx is a branch of the franchise and represents independently organized events happening all over the world. Since 2006, all talks have been broadcasted online at TED.com, where they've been viewed over one billion times. The talks star many famous speakers such as Bill Clinton, Bono, Bill Gates, Larry Page, and many Nobel-prize winners.

In TED Talks, Chris lays out his recipe for great public speaking, crafted from over 15 years of working with people to deliver world-class speeches about ideas worth spreading.

Ants shape each other's behavior by exchanging chemicals. We do it by standing in front of each other, peering into each other's eyes, waving our hands and emitting strange sounds from our mouths.