A USA-centric exploration of the ongoing Central American and Mexican immigration crisis, highlighting the stories of people who have made the journey across the border. 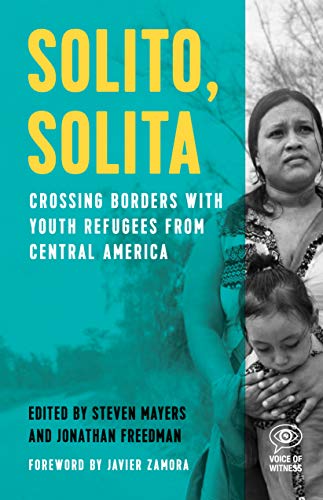 Solito, solita translates from Spanish as 'alone, alone' - in both the masculine and feminine forms of the word - the words whispered by Guatemalan migrant Adrián Cruz in his interview for this book. Cruz watched the murder of his mother by gang members in Guatemala City at the age of five, survived an attempt on his own life at 17, and, as he spoke to oral historian Professor Steven Mayers and writer Jonathan Freedman, he was losing his grandmother to an illness.

These are the stories of lives that lead to migration. Solito, Solita presents 15 testimonies from people who left Guatemala, El Salvador, or Honduras for the U.S.

The project that led to this book started in 2014 after Freedman began working as a writing mentor for refugees and met Mayers. Mayers works to unlock personal stories that challenge the 'official' histories we create about the world.

We're trying to be seen in our entire humanity and not how the media paints us; we are not defined by our suffering.