Journalist and author Ruby Warrington makes a case for radically transforming our consumption of alcohol, detailing the physical, mental, and spiritual rewards that sobriety promises. 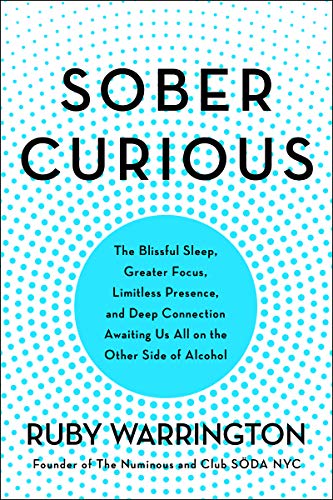 Though many people consume alcohol, drinking takes a major toll on our wellbeing in ways that we often don't consider. Many of us want to curb our drinking or give it up altogether, but it can be tough to make that jump. Is there a way to stop drinking without having to sacrifice our social lives and sense of adventure?

Ruby Warrington is a lifestyle writer whose own sober journey led her to launch a 'sober curious' event series in New York City.

In her book, Sober Curious, Warrington describes how transforming her drinking habits changed her life, systematically debunking the perceived 'benefits' of drinking alcohol and describing the real rewards of sobriety. Though giving up drinking can be a challenge, Warrington gives the reader confidence to start their own sober curious journey.