Journalist and lawyer Eric Berkowitz explores how the law has historically adjudicated matters of sex. 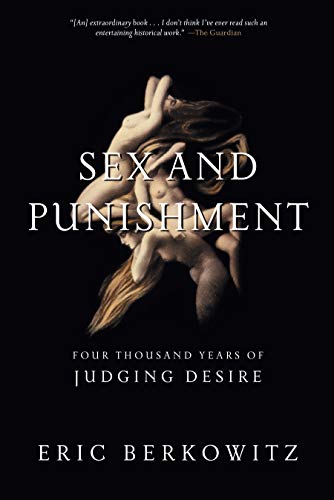 The law and matters of sex have always wrestled with one another. Despite being a natural human instinct, sex has always challenged the law's attempt to impose rational order on human life.

Many of the questions regarding sex that faced Babylonian king Hammurabi's legal code in 1755 BC remain: questions of control, ownership, and bodily autonomy. What has changed are the methods and justifications people use to regulate sex.

In his book Sex and Punishment: Four Thousand Years of Judging Desire, lawyer and journalist Eric Berkowitz traces the legal history of sex through a series of compelling court cases. Ranging from ancient Mesopotamia to the law courts of classical Athens to medieval Britain and public trials in the Victorian era, Berkowitz reveals the inconsistency and difficulty with which the law has treated sex.

At any given point … some forms of sex and sexuality have been encouraged while others have been punished … Jump forward or backward a century or two, or cross a border, and the harmless fun of one society becomes the gravest crime of another.