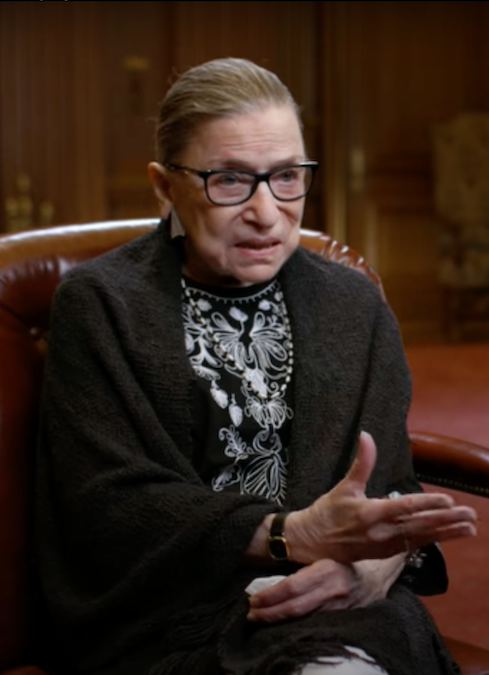 This documentary takes a look at the life and career of the late United States Supreme Court justice Ruth Bader-Ginsburg, and how her influence has shaped the nation.

As the second woman ever to sit on the United States Supreme Court, Ruth Bader-Ginsburg revolutionized the legal landscape for women in America. But not everyone knows the incredible story of RBG's journey to the bench, the turning points of her career, or the life of the woman behind the title.

Julie Cohen, a graduate of Columbia Journalism School, and Betsy West, a Professor of Media Studies at Columbia University, work together to direct this biographical feature. West has also worked on the documentaries MAKERS, The Lavender Scare, and 4%: Film's Gender Problem, while Cohen directed and produced The Sturgeon Queens, American Veteran, and I Love to Sing. The film premiered at the Sundance Film Festival in 2018.

Told through interviews with legal scholars, family members, friends, and Ruth herself, RBG is not only a portrait of an important historical figure, but also a lesson in the modern US timeline of gender relations and the law. Learn the specific history behind the iconic justice, the stories behind her most memorable moments, and how she went from legal eagle to feminist icon.

Download Uptime to get the key insights and actions from RBG

"I ask no favor for my sex. All I ask of our brethren is that they take their feet off our necks."