From everyday apps to complex algorithms, Ruha Benjamin demonstrates that centuries of racial bias are intrinsic to the tech industry, either unknowingly or by design. 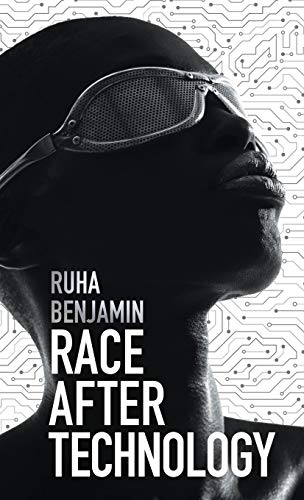 Racial divides are an undeniable part of our societies. Today's shift away from the overtly racist ideology of the Jim Crow era toward a colorblind philosophy masks the oppressive and racist systems that are still in place. In Race After Technology, Ruha Benjamin details how the tech industry perpetuates discrimination under the guise of neutrality and colorblindness.

Benjamin is a professor of sociology and African American studies at Princeton University. Benjamin examines the practices of tech companies in the era of big data, surveillance, and targeted advertisements, exposing the inaccuracy of the belief that technological advancements are always good. While tech advances might bring financial success to their companies, this often comes at the cost of victimizing marginalized groups and people of color.

Benjamin demonstrates that, because technology is created by humans and learns from human-generated databases, none is free from human racial biases and discrimination.

Tech fixes often hide, speed up, and even deepen discrimination, while appearing to be neutral or benevolent when compared to the racism of the Jim Crow era.