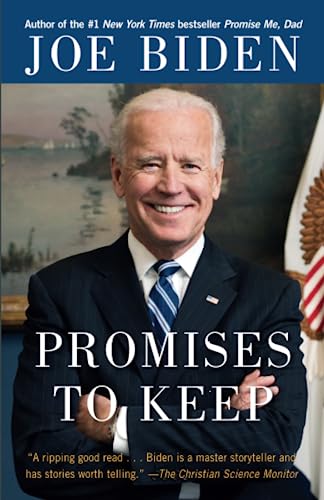 Released in 2007, Joe Biden's bestselling memoir chronicles his four decades in the Senate, where he was shaped by adversity, tragedy, and intimate first-hand experiences of several pivotal world events.

Before Joe Biden became the 46th President of the United States, he served in the U.S. Senate for nearly 40 years. First elected in 1973 at the age of just 29, Biden has dedicated almost his entire life to governing his country.

During this period, Biden grappled with his own political failure and personal tragedies, and witnessed a changing world from the perspective of the increasingly powerful U.S. government. By giving his views on key issues and events, Biden also lays out his political ideology to the world.

Part memoir, part political manifesto, Promises to Keep (published in 2021) delves into the philosophy of one of the most influential politicians of the twentieth century – in his own words.

"Nearly forty years after I first got involved, I remain captivated by the possibilities of politics and public service. In fact, I believe - as I know my grandpop did - that my chosen profession is a noble calling."