Peak accumulates everything the pioneer researcher on deliberate practice has learned about expert performance through decades of exploration and analysis of what separates those, who are average, from those, who are world-class at what they do. 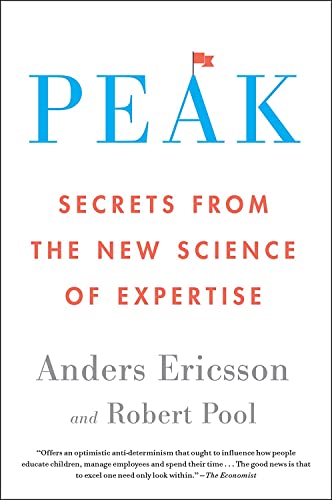 You might have come across a phrase that's dropped often in popular science: deliberate practice. This idea represents an alternative to the long-prevailing notion that world-class performance is the result of mere talent and innate ability.

Bounce, Deep Work and The Art of Learning are just a few of numerous bestsellers discussing this topic.

What we haven't done so far is trace this powerful concept back to its humble beginnings. Anders Ericsson is the true pioneer in this field.

It's his research that the 10,000-hour rule is based on and he's been investigating peak performance for decades.

Only in 2016 did he finally wrap everything he's learned so far into this book, called Peak: Secrets from the New Science of Expertise.

Learning isn't a way of reaching one's potential but rather a way of developing it.