Writer and critic Maggie Nelson takes on the subject of freedom through a bold discussion of art, sex, drugs, and climate change. 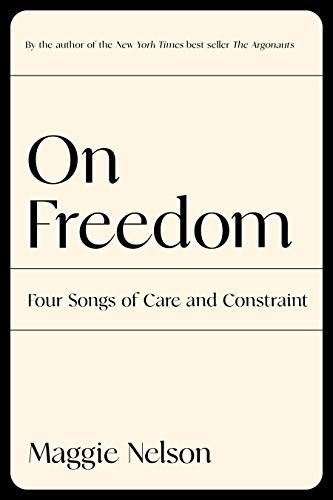 It has been argued that we currently exist in a 'crisis of freedom'. But what if the crisis lies in how we approach the topic in the first place?

In this book, interdisciplinary writer Maggie Nelson seeks a discussion of freedom that goes beyond polarized definitions, and instead looks for a sustained practice. The acclaimed poet, critic, and professor at the University of Southern California sustains the intellectual rigor and diversity that made her reputation with the publication of The Argonauts.

As a pioneer of the contemporary genre known as 'autofiction', Nelson deftly combines philosophy, political commentary, and lyrical autobiography. Centered around the four topics of art, sex, drugs and climate change, On Freedom touches on everything from Hannah Arendt and Tibetan Buddhism, to political campaigns and Twitter mobs.

Part of the trouble resides in the word itself, whose meaning is not at all self-evident or shared. In fact, it operates more like 'God', in that, when we use it, we can never really be sure what, exactly, we're talking about, or whether we're talking about the same thing.