No Rules Rules explains the incredibly unique, successful, and efficient company culture of Netflix, including the extensive levels of freedom afforded to employees. 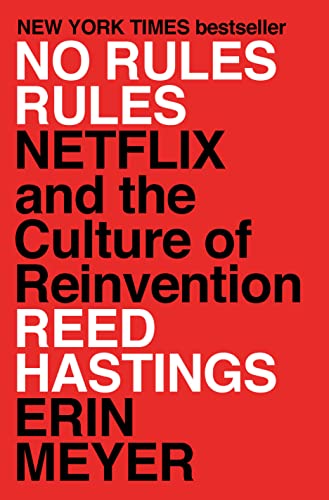 When Netflix started out more than 20 years ago as a DVD-by-mail service, no one could have imagined it would become the world's most successful streaming service. The company now even produces its own award-winning movies and television shows and has become a touchstone of modern culture.

Netflix created a revolution in the entertainment industry. But to do this, the company had to reinvent itself countless times over the years. Netflix owes its success to unprecedented flexibility and radical management principles implemented from the very beginning.

Reed Hastings, founder of Netflix, teams up with business author Erin Meyer to give us a fascinating look into the exceptionally successful but unconventional business model in No Rules Rules: Netflix and the Culture of Reinvention. They reveal the controversial ideologies at the center of the company – and it may teach you a thing or two.

In a fast and innovative company, ownership of critical, big-ticket decisions should be dispersed across the workforce at all different levels, not allocated according to hierarchical status.