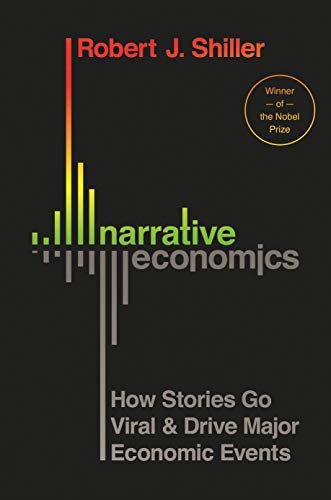 Narrative Economics explains the influence that popular stories have on the way economies operate, including the rise of Bitcoin, stock market booms and crashes, the nature of epidemics, and more.

If you ask most economists about what makes a financial market fluctuate, they'll probably tell you it's all just statistics. In an economist's world, it seems like the economy is on its own numerical plane, separate from the rest of the world.

But here's the thing: our economy is driven by humans. Consumers, politicians, and business people all have a hand in affecting the direction the market takes. And they're more than just a set of statistics. They have their own beliefs, biases, and passions. They're influenced by the stories they hear and the news they watch on television.

Popular stories and current events can change economic outcomes, leading to everything from a craze of novice investors getting into Bitcoin to a spread of panic during a stock-market crash. To get a full picture of what drives financial markets, one must also look at the surrounding narratives.

"The business of statesmanship is to invent new terms for institutions which under their old names have become odious to the public."