Minimalism is an instructive introduction to the philosophy of less, and how it helped two guys let go of their American-Dream possessions and all the depressions that came with them. 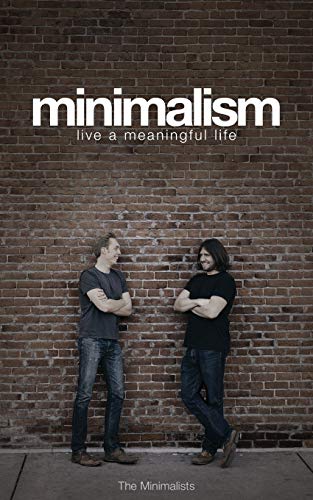 Some years ago, a blog post entitled Our 21-Day Journey into Minimalism went viral. In it, two young guys who seemed to have it all – the well-paying job, the nice house, the fast car – confessed to being seriously unhappy. These two guys, Joshua Fields Millburn and Ryan Nicodemus, suggested that minimalism was the only tried-and-tested method they'd found to turn their lives around. They drew their energy and contentment from meaningful work, kind relationships, and beautiful experiences, not from things. It gave them to think about what matters, and deal with important issues head-on.

Published in 2011, Minimalism: Live a Meaningful Life is their debut book about this philosophy. After publishing three more and making a documentary, the pair continue to travel around the world spreading their message.

You needn't settle for a mediocre life just because the people around you did.