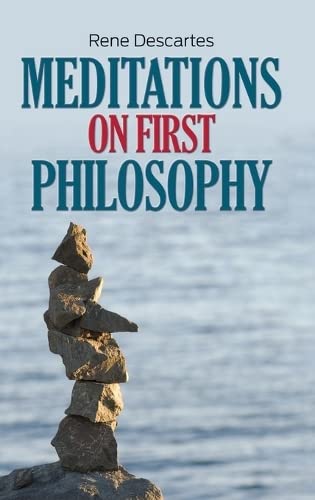 Meditations On First Philosophy is the Western world's number one work of philosophy. Written by René Descartes in 1641, he charts the course of abandoning everything that can possibly be doubted and then starting to reason his way from there.

Most people know René Descartes for "Cogito, ergo sum" (I think, therefore I am), but there's a bit more to his studies than that. Descartes is known for always questioning himself: "Is this really true? Is there a 0.000000000000001% chance it isn't?" Every time the philosopher found doubts, he removed a particular belief from his mind until he eventually saw he was left with only one thing: math.

René Descartes was a french philosopher, mathematician, and scientist who lived from 1596 to 1650. He is one of the most notable intellectuals of the Dutch Golden Age and is regarded as one of the founders of Modern Philosophy.

In Meditations On First Philosophy, Descartes uses reason to question the 'truths' of his world. Written in 1641, it's one of the prime works of Western philosophy, and its principles remain relevant today.

"Dubium sapientiae initium - Doubt is the origin of wisdom."