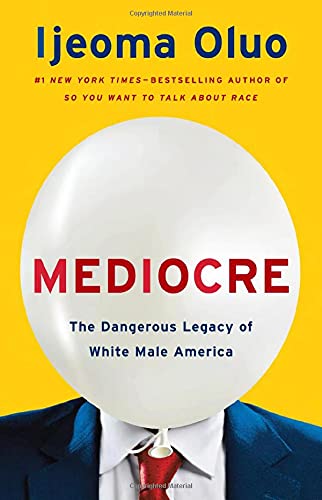 From cowboy legends to Donald Trump, this book examines how American society is set up to prioritize and protect white men at all costs – regardless of the damage this does to us all.

When Joe Biden became the Democratic nominee in the 2020 election, very few people were surprised that a white man had been chosen. Throughout American history, we have been conditioned to believe that the solution to nearly every issue is for a white man to lead us to victory, despite the catastrophic damage this continues to cause.

Ijeoma Oluo is the author of the best-selling book So You Want To Talk About Race. Spurred by the 2012 shooting of 17 year-old Trayvon Martin and the acquittal of his killer, Oluo's writing has focused on race, feminism, intersectionality, and social justice. This book explores how the myth of the 'heroic white man' has become so entrenched in American culture, and how this uniquely American patriarchy has created a society where nobody is safe.

Download Uptime to get the key insights and actions from Mediocre

"Leadership should not look like one race or gender; power shouldn't either. We must look at how our votes, our money, and our individual privilege are tied to making sure that white men remain in power over us."