Making Ideas Happen is a systematized approach to coming up with creative ideas and, more importantly, actually executing them, that teams and companies can use to move their business and the world forward. 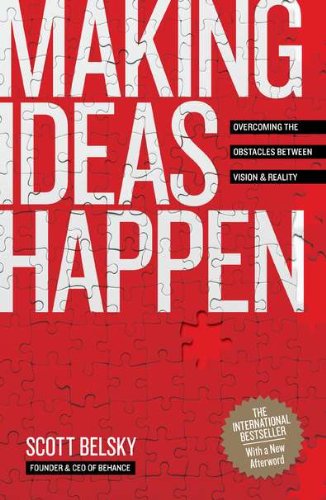 Scott Belsky is an investor, entrepreneur and the author of Making Ideas Happen. In 2006, he created Behance, a place where designers and creatives can display their work online and show their portfolios to the public. Since 2010, he's been investing in startups in the early seed stage, and he's hit some home runs with unicorns like Pinterest, Uber and Warby Parker. In 2012, he sold Behance to Adobe and has focused on investing ever since.

Having built such a creativity-focused company, he decided to share what he's learned in the process in this book. Basically, it's a call to action for creative people to not spend too much time with their heads in the clouds and get executing.

Today never feels like it will be history, but it will. And more likely than not, you will look back and realize that you should have known