Lost in a Good Game Summary 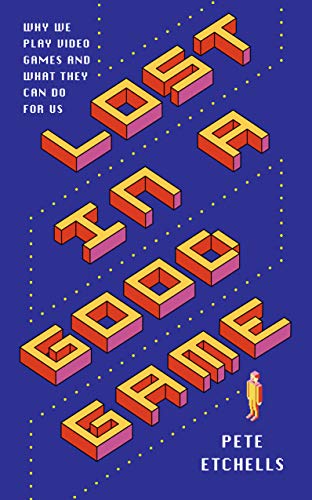 A thoughtful reflection on video games, how they affect us, and how they can be used both for joy and to help those struggling.

In Lost in a Good Game, psychology professor Pete Etchells guides us through his research on the positive effects of gaming.

Etchells lost his father when he was just 14, leaving the lonely, geeky teenager feeling helpless and abandoned in a world with no role model. Etchells turned to video games in his teenage years, where the fixed rules and consequences of digital lives allowed him an escape from his grief and confusion. The young gamer gained confidence and began to make personal connections, and eventually a career, within the gaming community.

Video games are generally assumed to be unhealthy and antisocial, but Etchells demonstrates that many of our preconceived notions about the demographics, status, and lifestyle of 'gamers' are built on thin air. Games have the potential to be a fun bonding activity, a coping mechanism, a consuming addiction, or anything in between, it just depends on how the player chooses to play.

"In a way, video games are a lens through which we can make sense of the world around us."