Losing Earth: A Recent History is a jaw-dropping look at how close the world came in the 1980s to truly halting climate change. 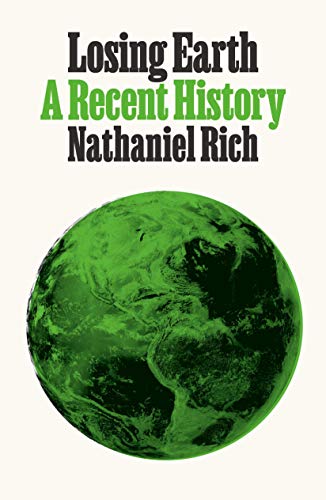 Depending on your age, you'd be forgiven for thinking that the fight to slow anthropogenic climate change is a largely 21st century movement. Perhaps you think that the warnings have appeared in the past 20 years, or that cutting edge climate research is still relatively new. Science writer Nathaniel Rich is here to push that timeline back.

The harsh truth is that Earth scientists began telling American presidents and politicians that carbon emissions were changing the planet's climate back in the 1950s. And for several decades, nothing was done. As Rich lays out in agonizing clarity, the 1980s were the crucial decade when it seemed political, industrial, and public will galvanized to truly address the problem in a legally effective way. Then it all went sideways.

Here, award-winning author Nathaniel Rich meticulously details the fight for climate legislation through the 1980s, the heroes who led the charge, and the villains who stood in their way; leading to the climate of denial and division we see today.

If an eventual 5-degree warming scenario seems outlandish, it's because we assume that we'll respond in time. But we've already had decades - increasingly punctuated by climate disaster - and we've done everything possible to make the problem worse.