Leonardo Da Vinci is Walter Isaacson's account of the life of one of the most brilliant artists, thinkers, and innovators who ever lived. 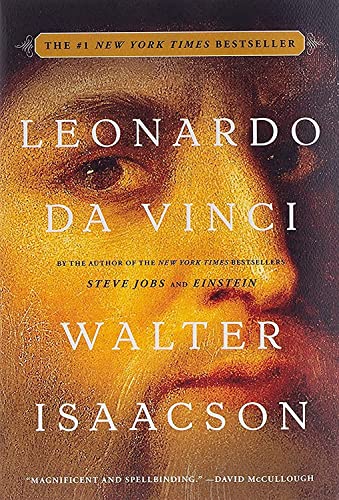 If you only read a handful of biographies in your life, make it those written by Walter Isaacson. Not only does he manage to capture an entire human life in such a form that not a single page feels boring, but he also continues to pick the people most worth studying.

In 2017, Leonardo Da Vinci joined the ranks of Albert Einstein, Benjamin Franklin and Steve Jobs. Modern performance psychology has discredited a lot of what we would have called 'genius' 20, 30, or 50 years ago as mere dedication and commitment to one's work. That's a good thing, as it puts us in control of our destinies, rather than leaving us as victims of the 'I'm not gifted' myth. However, a few icons are worth holding on to.

Leonardo Da Vinci is one such icon, clearly surpassing the peers of his time in not just his work ethic, but many aspects all at once.

Once you have tasted flight, you will forever walk the earth with your eyes turned skyward, for there you have been, and there you will always long to return.