The U.K.'s most successful soccer manager reveals how the methods that drove decades of sporting success can be applied to both business and life. 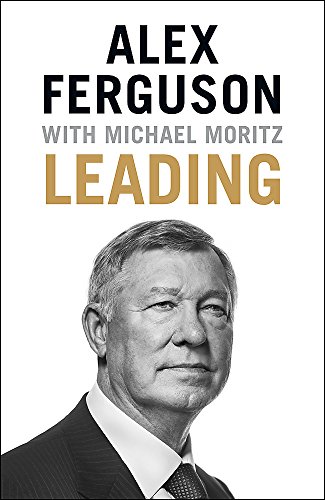 Sir Alex Ferguson's 26 seasons as manager of Manchester United led to an incredible 38 trophies, still a club and national record. Ferguson was knighted in 1999 after a remarkable domestic and European treble, a testament to his unique powers of motivation and fierce focus on the prize.

Since retiring from full-time management in 2013, Ferguson has accepted invitations from many institutions. The ex-manager chose Harvard Business School as his principal partner, becoming a Fellow to the Executive Education Program.

Co-author Sir Michael Moritz wrote the first book about Apple after meeting Steve Jobs in the 1970s, and in 2012 became Chair of Sequoia Capital. Moritz has served on the boards of Google, PayPal, and LinkedIn, and shares Ferguson's interest in unpacking what distinguishes great leaders.

In Leading, Ferguson and Moritz share the many lessons Ferguson learned throughout his career, with insights into work ethic, better listening, and leadership.

There are traits that apply to all winners, and to organizations whose leaders aspire to win.