By tracing the development of the Chinese language through its technological advances, from early typewriters to contemporary computers, Yale professor Jing Tsu explores the creativity and innovation needed to preserve a millennia-old writing system. 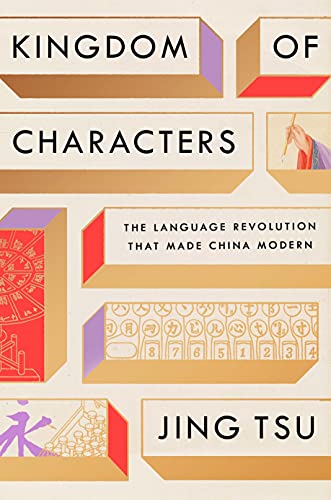 In the last few decades, China has become a global superpower. But less known than China's economic rise is the fascinating story of how its written script developed in the modern era.

In this book, Yale University professor Jing Tsu, a specialist in modern Chinese literature, history, and culture, provides a fascinating overview of the Chinese linguistic revolution from the late 19th century to the present day. Jing Tsu details significant technological developments and their impact on the written Chinese language, from late 19th-century pronunciation guides to current international digitization efforts. Highlighting the key individuals involved in this vital work, Kingdom of Characters puts a human face to the impressive technological strides China has taken over the past 200 years.

Behind every written character that can be learned and used today stands a group of human characters who went to extraordinary lengths to make sure that could happen.