It's All In Your Head will motivate you to work hard, stay determined, and believe you can achieve your dreams by sharing the rise to fame of the prolific composer Russ. 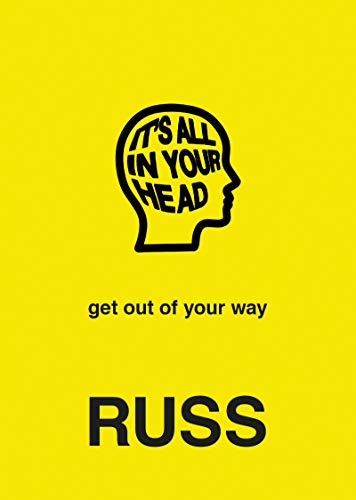 Picture this. You're an aspiring rapper that's been working on songs for over six years. You've released 80 songs in that time, but never made more than about $200 in a single month. Would you give up and go find a different career?

This was once the situation of the now popular American rapper Russ. But instead of succumbing to the beliefs of those around him that he would never make it, his profound persistence paid won and made him successful.

Even in the most difficult of times, when most would-be musicians usually give up, Russ kept going. His drive, self-confidence, and vision propelled him to where he is today.

The story of his rise to fame gives powerful motivation for you to never give up on your dreams. And he tells it all in his book It's All in Your Head. You'll learn each of the tools he used on his path to greatness so that you can implement them in your own life.

In the middle of adversity is where you discover who you truly are.