This entry in the Very Short Introductions series provides an overview of the history, practices, and beliefs of Islam. 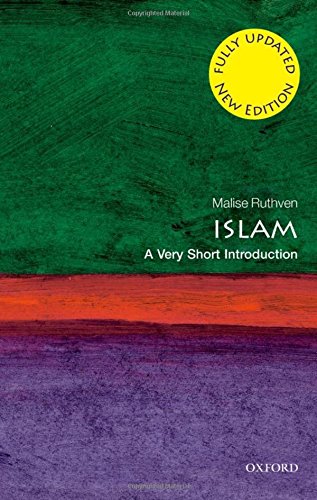 In the 21st century, Islam has unfortunately made news headlines for mostly negative reasons. Thanks to the actions of a minority of extremists, concepts like 'jihad', 'fatwa', and 'hijab' have been portrayed in twisted ways, stripped of their wider religious, social, and historical context.

Malise Ruthven is a journalist and writer who has authored numerous books on religion and Islam and whose work has appeared in publications like The Guardian and The New York Review of Books. The Very Short Introductions series from Oxford University Press aims to provide a concise overview of particular intellectual topics. In this volume, Ruthven examines the world's second-largest religion. From its political philosophy to its attitudes toward women, Ruthven contextualizes Islam's most controversial aspects to present a balanced view.

God is the Light of the heavens and the earth, His light is like a niche in which is a lantern, The lantern in a glass, The glass like a shimmering star ...