Inventing Bitcoin offers valuable insight into the technology behind Bitcoin and how it will change finance as we know it. 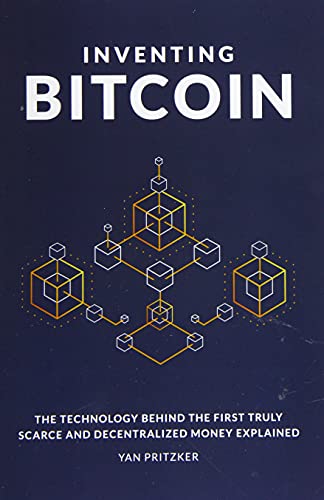 Since its inception on a hacker chatroom in 2009, Bitcoin has become the hottest topic in finance. Some say Bitcoin is just a flash in the pan: a novelty with no inherent value. Others see it as the beginning of a financial revolution that will change the world as we know it.

Yan Pritzker is the co-founder and CTO of Swan Bitcoin, an automated Bitcoin savings program whose goal is to help facilitate the shift from traditional currency to Bitcoin. Pritzker was also the co-founder of Reverb.com, an online marketplace for musical equipment.

Inventing Bitcoin is a book that describes and timelines Bitcoin from its invention in 2009 through its volatile swings on the market, changes in use over time, and potential applications in finance. By focusing on the code and computer science behind the cryptocurrency, Pritzker explores the future of Bitcoin as its user base grows.

Bitcoin will decentralize the production and consumption of money, which is the key to unlocking new ways for humanity to collaborate on a scale that was previously unimaginable.