Human rights activist Yeonmi Park tells the story of her escape from North Korea, not in search of freedom but survival. 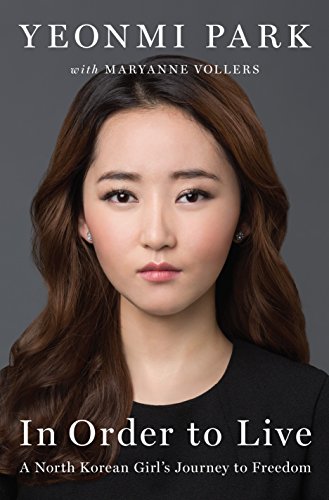 At the age of 13, Yeonmi Park fled North Korea with her mother. The treacherous journey took her through China, Mongolia, before eventually finding refuge in South Korea two years later and then settling in the United States.

Park was not seeking freedom when she escaped — she was only trying to survive. After initially trying to forget her ordeal and blend into South Korean society, Park realized she needed to come to terms with what had happened to her and that her survival story could inspire others. In Order to Live is a story of strength and compassion in the face of extreme adversity.

In the free world, children dream about what they want to be when they grow up and how they can use their talents. When I was four and five years old, my only adult ambition was to buy as much bread as I liked and eat all of it.