I'll Be There for You Summary 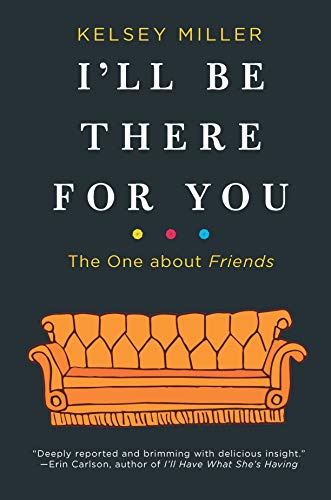 This definitive guide to the beloved hit series Friends offers a behind-the-scenes look at the show that shaped and defined not only 1990s television, but culture itself.

When Friends debuted on television screens in 1994, no one could foresee the sensation it would become. The cultural phenomenon and icon of 1990s TV changed how we spoke, told jokes, and dressed. Friends altered our view of those post-college years of freedom – where our friends are our family, and our lives orbit around emerging adulthood, with its career shifts, love, and heartbreak.

While being an almost instant success, throughout it's time on air, public response to Friends has shifted from criticism back to a heralded renaissance. It continues to be one of the most watched shows on television, with 16 million Americans watching reruns weekly – that's more than during its initial run.

In I'll Be There for You, journalist and pop culture pundit Kelsey Miller provides a fascinating retrospective into Friends lore. The writer of Big Girl: How I Gave Up Dieting and Got a Life examines how the show's influence on American culture morphed into a global phenomenon, catalyzing coffee shop and hairstyle trends around the world.

"Friends has managed to transcend age, nationality, cultural barriers, and even its own dated, unrelatable flaws. Because, underneath all that, it is a show about something truly universal: friendship."